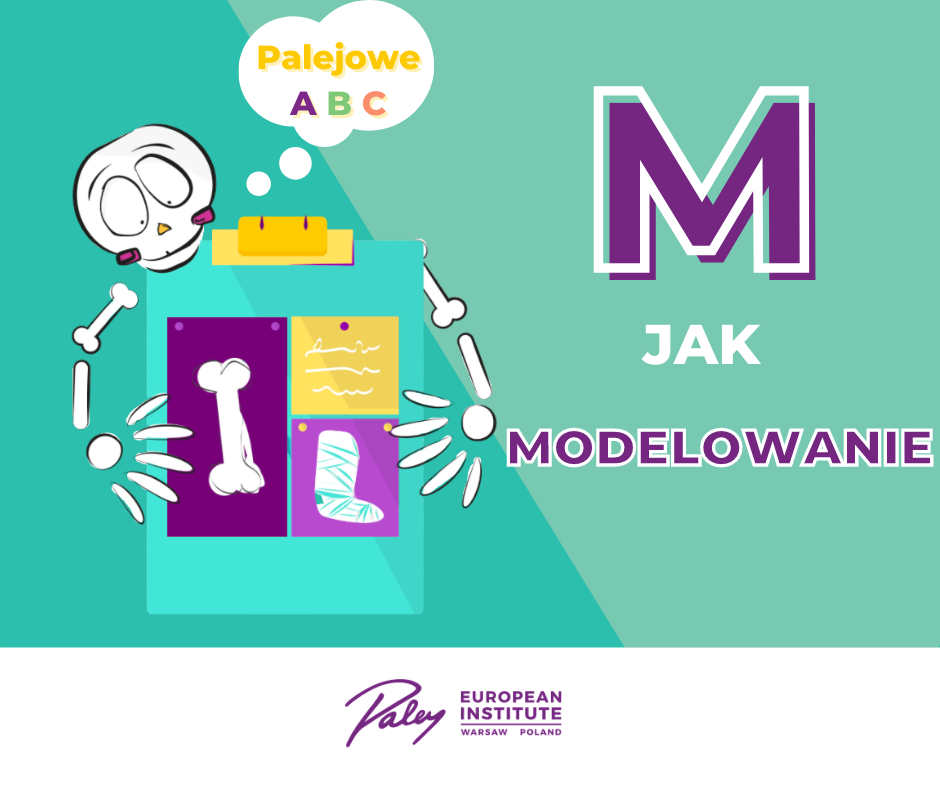 Don't worry that your kids never listen to you. Don't worry that they are always watching you - said Robert Fulghum, author of "All I Really Need to Know I Learned in Kindergarten". This finding can make your back shiver. There is a lot of truth in them. Being a role model comes with a huge responsibility. Children learn even more from our actions than from our words.

Sometimes people see learning as an activity that takes place through the use of books, listening to the teacher in class, and remembering what he wants to tell us. On the other hand, many people think that the most effective method of teaching others, especially children, is by punishing or forcing them to do certain things. Under the watchful and punishing eye of the guardian, the children may behave “as they should”. However, in the long run, such a method may prove to be unreliable and bring results opposite to those expected.

What, then, to make children want to act in a way that is in line with social norms and family values? The answer is simple, although it is not at all easy to implement.

Live and talk to your child and others the way you would like them to live.

Man learns and follows others throughout his life. Research in normally developing children has shown that there are two reasons why children imitate others. The first is learning and gaining new skills. The second is maintaining social contacts and engaging in relationships with others. It has also been found that children diagnosed with autism have more difficulty imitating. The process of modeling and learning the desired behaviors is particularly important in their case, because they require support in this area.

Already in infancy, you can notice how children repeat certain behaviors after their guardians – they smile back, make faces, stick out their tongues. Children learn how the world around them works by constantly paying attention to what other people are doing. Up to a certain point, parents have the greatest influence on children, although even several-month-old children can also derive role models from observing other people – known to them and completely strangers, as well as from movies or commercials they watch.

Learning takes place all the time, even if we do not consciously intend to teach the child. Observing the caregiver’s movements triggers a reaction in the child’s sensorimotor cortex, which helps him learn to perform the observed activity. We can use this knowledge to train desired behaviors, such as reaching for toys, putting them on a shelf or rolling a ball. Young children imitate the activities performed by their parents with pleasure: they pretend talking on the phone, walking around the room, while having a serious face, wipe water off the floor and are able to surprise with profanity thrown while standing in traffic. Parents who read books in front of their children will be watched by their children, and thus reading will become something for them to follow.

Children in the playground can watch other children experience unpleasantness due to violent play or hitting others with a spatula and, as a result, avoid such behavior. Before they start playing, they can watch their peers play and learn the rules of the game. Keep this in mind and give these little observers some time, rather than pressure them to join the fun.

Modeling is not just about behavior. It plays an equally important role in learning to deal with emotions, resolve conflicts, establish and maintain relationships with others. If you want to teach your children to calmly answer questions, wait their turn, say “hello”, “I’m sorry” or share with others, it is worth introducing these practices into your home. Children who grow up in an environment where adults behave in accordance with their values ​​and standards while being encouraged (but not forced) to do so are more likely to respond and act as their parents would like.

It is better to focus on an action that brings long-term effects, which will make the child have an internal conviction that it is worth, for example, sharing with others or apologizing for the harm done. If it sees the value and benefits of doing so, it will consider it important and worth putting into practice. Forcing, on the other hand, can have the effect that the child will not want to do as the parents want. If adults expect the child to talk to them calmly and fulfill their requests, and they use shouting, threats and punishment to enforce their words, then the child will receive such a communication pattern. It is hard to expect that he will behave in a nonviolent manner if he is faced with inconvenience on a daily basis.

Although in Poland beating is forbidden by law, some adults still believe that the best remedy for disobedience is a proper spanking. Such thinking is not only contrary to logic, but also to scientific reports. Exposure to violence – whether verbal or physical – is one of the main factors that causes children to reproduce violent behavior. Punishments against a child increase the risk that the frequency of undesirable behavior will only increase instead of falling. On the other hand, parents who resolve conflicts without the use of violence, seek solutions and are curious about the interlocutor’s point of view, can model these behaviors by helping their child learn constructive ways of communicating.

The preschool years are a time when a child improves his language, his body image and eating habits are shaped. The way we speak to children and the words we use play an important role in how quickly and correctly your child learns the language and how to communicate with the world. Another example of behaviors that may affect a child’s further life and health are eating habits. Children learn to eat specific foods based on the beliefs, attitudes and behaviors of adults with whom they spend time. This applies to both what to eat and how to do it. Parents who eat a variety of healthy foods on a daily basis help their children make the same choices. On the other hand, watching caregivers eat fast food, unhealthy snacks, and bite into emotions instills this eating pattern in children.

The preschool and adolescence years are also important for the development of a positive self-image. Children learn to accept their bodies by observing their parents and their approach to the body. If mom or dad constantly complains about their figure, pointing to protruding sides or too thin, children see that body appearance is something extremely important and must be taken into account. The perception of one’s body is also greatly influenced by media messages as well as film and music stars who inspire adolescent children. If a parent does not accept and does not like their body, it is worth refraining from negative comments about their appearance, at least with children. Unfortunately, the statistics are disturbing and show that younger and younger children – even in preschool age, are starting to use restrictive diets, too intense for exercise or fasting in order to meet the expectations regarding their appearance.

As a child becomes a teenager, many caregivers mistakenly assume that they are no longer role models for their daughter or son, and that the child does not take their opinion into account at all. However, for teenagers, parents still play a vital role. Although at the same time they try to scrupulously hide it by arguing with their parents or questioning everything they say. The learning process is still in full swing. The effects can be seen in the coming years. On the other hand, by an outsider, they can be seen now – using similar words, the same way of storytelling, similar gestures or speaking on certain topics. Sometimes you get the impression that you are talking to the same person only in the younger and older version.

So the next time we say something to or in the presence of a child, consider whether how we speak, how we react, and how we act is something we want to teach him or her. These little watchful beings soak up everything like a sponge, pack meticulously into their ever-expanding backpack of experiences, and go through life with it.

Sources of knowledge and inspiration thanks to which this article was created: